In Wildflowers’ Beauty, A Call to Action

New book showcases the diversity of native blooms, and what could be lost

By Kathy Morrison. Photos from the upcoming Beauty and the Beast book. All photos courtesy of Nita Winter and Rob Badger.

The beauty of a wildflower is ephemeral, and much more so when viewed in the shadow of climate change. Will the same species of flower bloom in the same spot next year, next decade, next century? If not, will future generations know what has been lost? 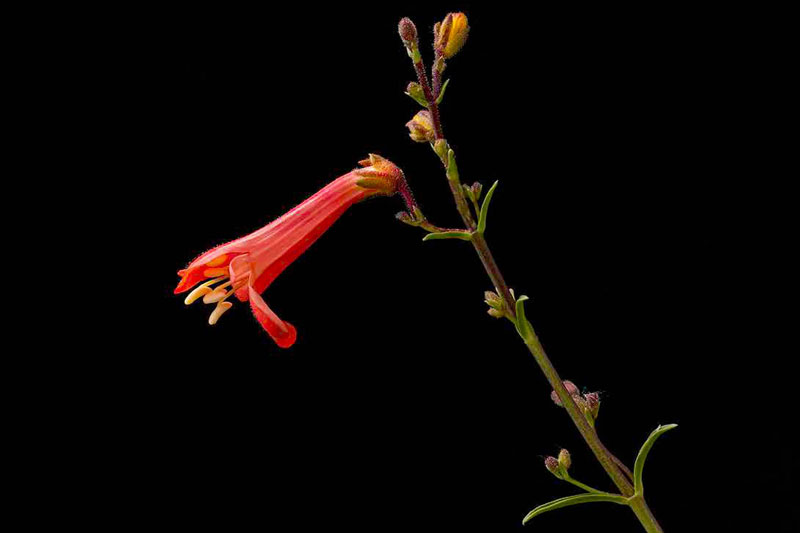 Photographers Rob Badger and Nita Winter have made California wildflowers their cause and their rallying point in the fight against “the beast” — human behavior that threatens native landscapes. Their photographs are collected in a magnificent book, Beauty and the Beast: California’s Wildﬂowers and Climate Change, to be published at the end of the year in partnership with the California Native Plant Society. The book also features essays by 16 noted environmental scientists, activists, and writers including Peter H. Raven, Mary Ellen Hannibal, Gordon Leppig, and Robin Wall Kimmerer. CNPS Executive Director Dan Gluesenkemp wrote the opening note to the reader.

Badger and Winter, who are partners in life as well as business, have been photographing wildflowers in nature for more than 20 years. Working only on public lands, they lug pounds of photo equipment into the desert or up mountain trails so they can capture the serene glory of a sacred datura (Datura wrightii), or the fiery red and yellow blooms of Franciscan paintbrush (Castilleja subinclusa). Astonishing photographs of common  harebell  (Campanula rotundifolia) — the blooms glowing as if illuminated by blacklight — and translucent petals of checkerbloom (Sidalcea malviﬂora) demonstrate the breathtaking beauty of our native plants. 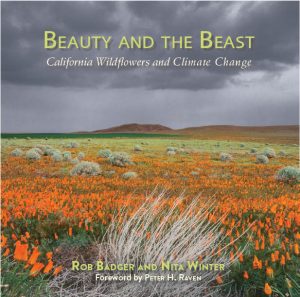 Eagle-eyed Winter often will spot their next subject. The flowers always are photographed in natural light as they grow, whether a few inches or several feet above ground. Badger and Winter use a black or white portrait backdrop to allow the flower’s details to come to the fore. To get the best angle, Badger often lies flat on the ground with his digital camera on a tripod, while Winter holds a reflector above. At other times, they gently wrap cloth around the plant to create complementary folds and shadows. Every once in awhile, a spontaneous picture presents itself; they call these shots their “Contact” Series. They also photo- graph panoramic landscape scenes.

One eye-catching image included in the book shows a rufous hummingbird feeding at a scarlet fritillary (Fritillaria recurva), its wings moving too fast for Badger’s camera.

He says that picture was just luck; he was already photo- graphing the flower when the bird flew into the frame. He clicked off two shots before it flew away. “That was the luckiest photograph in my entire life,” he says.

But the pair refuses to take pictures in any place where they feel their work will disturb the flowers or their habitats. They are dedicated to respecting the rights of the individual plant and its community, as well as any people who might follow them to that site. “Nita’s really conscious about where I place my knees and my feet,” says Badger. If they do have to move a rock or a twig, they gently restore it to its original spot, Winter says.

Badger loves the desert, where he became overwhelmed by a superbloom in the Antelope Valley in 1992. In fact, he was so enthralled that he jumped in his car, drove all the way to the Bay Area to get Winter, then drove all the way back to show her the colorful expanses in the California Poppy Reserve. He was a landscape photographer at the time, while Winter was focused on the diversity of human faces. But they joined forces to record wildflowers beginning with the 1998 superbloom.

Now, after wet winters they begin photographing in late January, then follow the blooms as they unfold across the state. “One of the fun things about California is that you can find things, good blooms, probably seven months of the year,” Winter says. Peak bloom at 11,000 feet in the Sierra might even be in August. “Weather can really affect what’s blooming where,” she says. “We’re all up and down the state,” Badger notes.

Climate change itself is hard to track over just a few years, but one thing the pair has noticed in California is the increase in superblooms. The 1998 event they photo- graphed was called a 100-year bloom then. But now, they say, there are more high rainfall years between drought years, and more moisture is available in desert regions. That creates more astonishing flower displays but also encourages invasive plants to move in and outcompete the native plants.

Winter and Badger also are concerned about the increased traffic from superbloom tourists, who trample the flowers or even lie down in them to take pictures, as seen this past spring. “It’s really hard for us to see people’s behavior,” Winter says. “We want people to get out and see, and value, the outdoors,” adds Badger. “But do you love it to death?” There are different levels of consciousness among humans when it comes to nature, he notes. So the people behind “Beauty and the Beast” have a hope and a goal for the publication: To raise awareness, and to change the actions that destroy the plants and their communities, Winter says. “The book really is about motivating action,” Badger says.

Beauty and the Beast is a companion to a large-format photography exhibit that already has been seen around the state, including at the California Museum in Sacramento, the Fullerton Arboretum, the Hi-Desert Nature Museum in Yucca Valley, and most recently the Bay Model Center in Sausalito. A semi-permanent exhibit also is at Chico State’s gallery through Nov. 24. The exhibit tour will continue in 2020 once the book is published, Winter says.

Nita Winter and Rob Badger in the field.