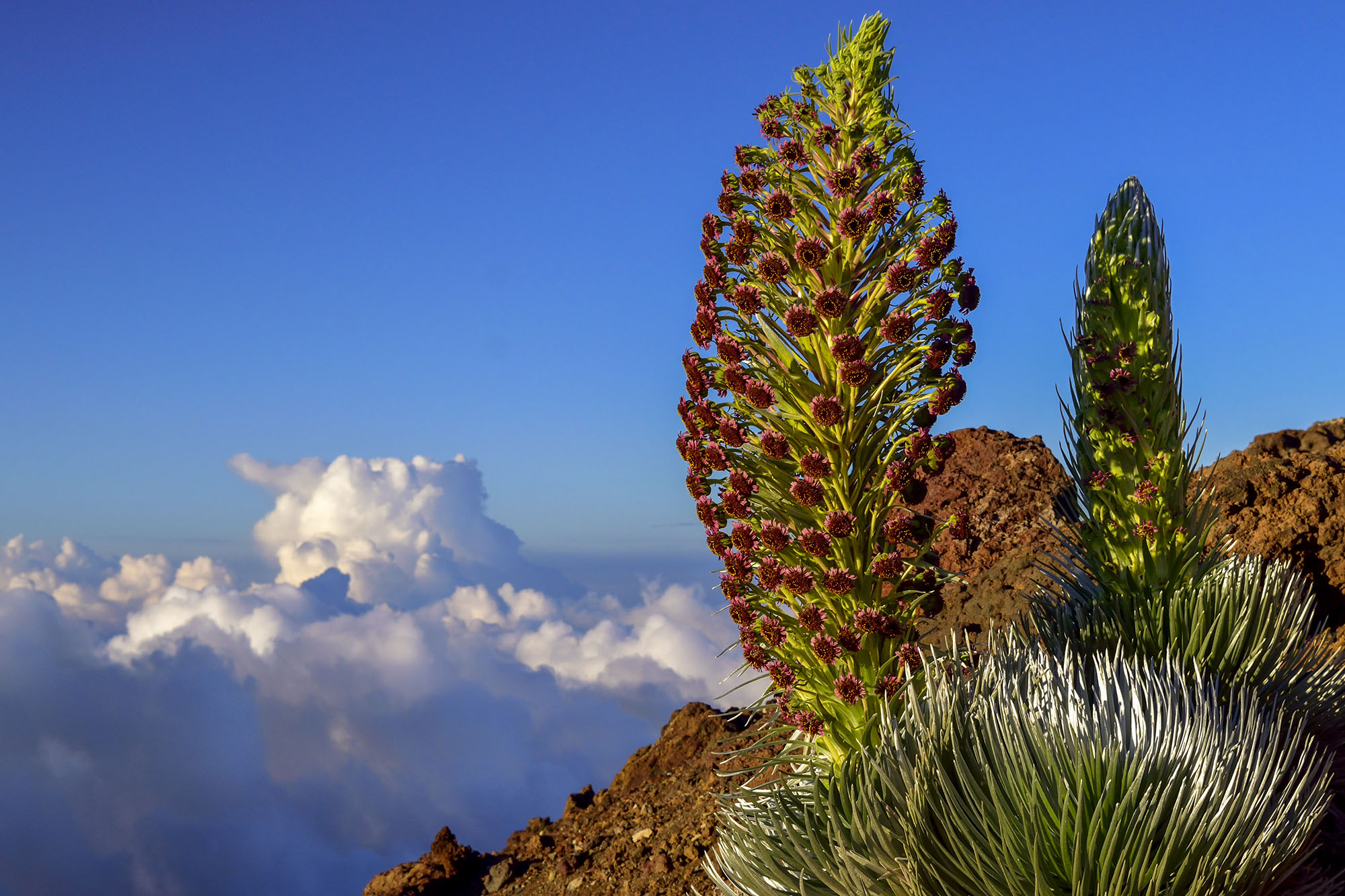 The idea that the spectacular Hawaiian silverswords and relatively humble California tarweeds have a natural affinity goes back to the mid-1800s, when Asa Gray placed them together as the exclusive representatives of subtribe Madiinae, in the sunflower family, Asteraceae.  That classification proved controversial for well over a hundred years, until detailed studies supported and extended gray’s hypothesis. Thanks to careful anatomical work by the late, great Sherwin Carlquist and a series of subsequent evolutionary studies, we now have a more refined understanding of the relationship between tarweeds and silverswords and an emerging picture of how both groups have diversified as exemplars of adaptive radiation in oceanic islands or island-like environments, including the Mediterranean-like California Floristic Province. Join us for a presentation about those radiations and the beautiful diversity of plants that arose from them both in California and Hawaii.