Now is a time for action of vision

Fifty years ago, a single photo forever changed the way we think about the Earth. Intrigued by rumors of secret NASA photos showing our planet from space, Stewart Brand agitated for their publication. In 1967, a photo of our incredible “blue marble” was released and then featured on the cover of Brand’s Whole Earth Catalog. This, along with Rachel Carson’s Silent Spring and other science communications, fundamentally transformed the way we view our world.

Americans listened to the science, spoke up, and got to work saving our planet. We closed burning garbage dumps on the shores of our lakes and bays, and enacted a succession of new laws: the Wilderness Act, National Environmental Policy Act, Clean Water Act, and Endangered Species Act. Together, we came to understand that there was no Planet B and together we took bold action to protect our fragile and only home.

Growing numbers of people recognize the beauty that is the diversity of living things; they celebrate it.

Today we are entering another moment of cultural awakening, similar to that of 50 years ago, in which new scientific information informs new personal understanding. We’re witnessing dramatic climate change, the “new normal” of wildfire, epochal tree die-offs, and apocalyptic declines in pollinators and insects. We are still collecting data, and it will be the continuing work of a new generation to fully understand what it all means, but one truth is becoming increasingly clear: as E.O. Wilson cautioned decades ago, human impact on our planet is incontrovertible, and the survival of our species depends on preserving Earth’s biodiversity.

Public relations professionals have long advised environmental groups to avoid using the word “biodiversity.” In the ‘80s and ‘90s, their polling research showed that people associated the term with finger-wagging and divisive politics. Environmental advocates erred on the side of caution, instead using recommended phrases like “clean air” and “clean water.”

Here at CNPS, we think times have changed. We see people seeking a word that captures the science we see and the love we feel, and that word is biodiversity. Our language needs to expand to meet an emerging public recognition of the interconnectedness and value of different species, and of the individual differences that make each living thing special.

Growing numbers of people recognize the beauty that is the diversity of living things; they celebrate it. Today, urban hipsters are becoming mycophiles, and Blue Planet is streaming on Netflix. The citizen science tool iNaturalist has 16 million observations, created by people all over the world obsessed with finding as many different types of life as they possibly can. Hashtags like #superbloom trend mightily on Instagram, and water cooler conversations gush over wildflower travel plans; upon returning from those pilgrimages, people share their worry that there weren’t as many bugs squished on the windshield as there were just a few years back. In a time of division, of bad news and ugly pictures, biodiversity is something that unites us, excites us, and reminds us of how wonderfully healing this living world truly is. We have fallen back in love with biodiversity, and that love deserves to be expressed.

Even as public perception has undergone a little-noticed transformation in recent years, environmental protection and conservation frameworks in California have also evolved. For example, we are in an era of renewed regional conservation planning. These ambitious efforts apply the best available science to rationally identify areas most suitable for development, infrastructure, agriculture, and conservation, often over very large scales –the Desert Renewable Energy Conservation Plan is a 30-year plan that covers 26 million acres, a quarter of our state! Today, much of California is engaged in some form of regional conservation planning effort, providing a tremendous opportunity for securing long term protection of California’s previous biodiversity and rich natural resources.

The Initiative asks that biodiversity conservation be integrated into goals and efforts across state agencies, and it provides a new organizing principle for all that we in the native plant community do.

The California Biodiversity Initiative is an exciting new approach to making the most of this rare convergence of opportunity, and CNPS is proud to contribute leadership toward ensuring its success. The Biodiversity Initiative began in 2017, when the governor’s office convened two dozen leading California biodiversity scientists with political appointees and leadership staff representing California agencies: Calif. Department of Fish and Wildlife (CDFW), Calif. Department of Food and Agriculture (CDFA), Department of Conservation, and the Governor’s Office of Planning and Research. Working together the group identified major opportunities and themes, and selected a small team to draft a statement of principle on behalf of California’s diverse community of biodiversity scientists. I was privileged to help lead the effort to draft this “Charter to Secure the Future of California’s Native Biodiversity,” thrilled to see it officially released in September 2018, and overwhelmingly gratified that it has since been signed by more than 450 California scientists who share our vision!

The biodiversity charter is an important document, a magna carta of shared values that we hope will inspire and unite Californians long into the future. It is already having an impact. Gov. Brown was inspired: In the closing days of his administration he issued several executive orders focused on biodiversity and native plants, and brought the charter to the Global Climate Action Summit so he could brag to the world. Finally, he directed his staff to work with our team of scientists to develop the California Biodiversity Initiative: a Roadmap for Protecting the State’s Natural Heritage.

You will probably recognize some of the work that is put forth in the Biodiversity Initiative’s seven-part roadmap. They are familiar projects that CNPS and partners have shown can successfully make a difference. Now, we are excited at the possibility of doing even more, addressing our priorities at a much larger scale, accomplishing them at a much-accelerated pace. Projects promoted in the governor’s roadmap include:

Is that a great list or what!? However, there is much more. Beyond specific projects, the Initiative outlines a new approach to valuing the biodiversity that is the foundation of our prosperity and California’s greatest asset. The Initiative asks that biodiversity conservation be integrated into goals and efforts across state agencies, and it provides a new organizing principle for all that we in the native plant community do.

Much of the work we are doing at CNPS fits into this new framework: As our conservation team works with agency leaders to reform forestry management and fire protection, the Biodiversity Initiative provides a powerful framework for communicating current science and explaining win-win approaches. As our outreach and horticulture team partners with water districts to replace lawns with natives, the initiative makes the case for planting the local plants that support specialized pollinators and beautify our communities. Going forward, we will build stronger partnerships and find greater understanding as we invest in growing support for these proven approaches through a single focus – biodiversity.

CNPS staff are now meeting with agency leaders and legislators, and also working to build the broad community of nonprofit and university partners that together will advance this paradigm-changing initiative. The list of signatory scientists continues to grow, and soon we will introduce a “citizen sign-on” so Californians everywhere can add their voices in support of our shared commitment to biodiversity. These actions will support our new Gov. Gavin Newsom as he moves forward with the ambitious steps laid out in the roadmap.

Our very near term work is guided by the important biodiversity goals specified by the United Nations in the Global Convention on Biological Diversity (CBD). Currently, many countries are making minimal progress toward the 2020 goals, and experts are concerned that when the world meets in China for the 2020 conference, members will soften their targets. While the US is not a signatory to the CBD, California will be an active subnational participant at the upcoming convention. We hope to demonstrate strong success toward the 2020 goals, so we can exhort others to follow our lead. This is what California did with regard to the Paris climate change accords, further establishing California as a global model for what’s possible.

For this reason, efforts in coming months will include a focus on plants. While the overall Biodiversity Initiative includes all taxa, the U.N. goals for plants are especially well developed with clear numeric targets specified in the Global Conservation Strategy for Plants. Moreover, we have actually made strong progress toward achieving the 2020 goals. For example, 75 percent of rare plants are to be seed-banked by 2020; thanks to the work featured on page 6 of this issue, California is currently at more than 50 percent. California is one of 34 global biodiversity hotspots, and this approach will enable us to focus efforts and demonstrate progress toward demonstrating our ability to saving globally significant biodiversity.

Toward this end, California is moving rapidly on a number of key projects. CDFW and CDFA are the roadmap’s state agency leads and have already started securing funding for their biodiversity initiative work. Thus far, the Initiative has brought funding for a new biodiversity coordinator, for invasive species efforts, and $1 million to map vegetation of the Southern Sierra Nevada Foothills — the portion of the state at greatest risk of catastrophic habitat development in coming years. Now, we are hoping to see another $4.2 million in funding for eight agency biodiversity positions and to map soil carbon, and $2 million to fully complete seed banking all of California’s 1B-ranked rare plants!

We are also beginning development of a detailed implementation plan, which will bring together dozens of organizations and scientific partners to contribute ideas that will guide our actions in the coming years. This effort is being led by Brent Mishler of UC/Jepson Herbaria representing the university stakeholder group, and CNPS representing nonprofit stakeholders. The plan will include actions that can be accomplished in the near term, but also those that will require more sustained efforts to yield more enduring benefits.

We have a special opportunity

California’s Biodiversity Initiative holds tremendous promise, but groups like CNPS must take swift and resolute action. We need to use a common language, follow the same map, and continue to build on the momentum California’s leaders put in motion.

All too often, the environmental movement has fragmented at moments of critical opportunity. Over the years, in the pages of Flora magazine, seasoned legislative experts have advised us to find shared priorities and work together in common cause. This approach is long overdue, and it’s what the California Biodiversity Initiative offers.

Our moment has come. We are experiencing a convergence of new scientific information, political opportunity, and cultural zeitgeist similar to that which changed the world 50 years ago. Back then, improved understanding of natural systems changed public sentiment, creating a window of opportunity for action. We updated our conservation toolbox based on what was then cutting edge science. Those tools worked exceptionally well, and today our water and air are cleaner, our wetlands protected, and we have secured as public land an astounding 50 percent of our state. That said, it is time for an update. In 50 years, our scientific understanding has advanced tremendously. We now have tools that give us unimaginable ability to count trees from space, read the fundamental code of life written in each cell, engage every citizen in biodiversity science, and make all of that new data available in maps and models every Californian can use. It is time to update conservation accordingly.

We must seize this opportunity. We will strive to complete an ambitious survey of all California’s biodiversity, so we have the data required to map a win-win future. We will work for an end to extinction, and accelerate the healing of natural landscapes and human communities. 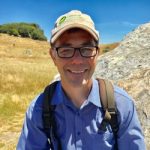