Tejon Ranch is simultaneously one of California’s most important and least known places.  At 270,000 acres Tejon is the state’s largest contiguous piece of private land, straddling the southwestern corner of Kern County and northwestern corner of Los Angeles County. Most significantly, Tejon sits at the junction of five major ecological regions, uniting the southern terminus of the Sierra Nevada, the western half of the Tehachapi Mountains, the southern end of the San Joaquin Valley, the western corner of the Mojave Desert in the Antelope Valley, and a small, but non-trivial portion of the Liebre Mountains. This convergence of ecological regions results in remarkable habitat and plant diversity.

The first flora of Tejon Ranch* includes 911 native plants or 14 percent of the native flora of California occurring on just 0.25 percent of the state’s acreage! Now, 30,000 acres of this incredible region is slated for development.

There is no compromise

In 2008, the Tejon Ranch Company entered into a landmark conservation deal with five major environmental organizations. As part of this deal, 88.8 percent (240,000 acres) of the ranch was placed into conservation agreements, in which development is precluded. As part of the deal these organizations agreed not to oppose proposed developments on the remaining 11.2 percent (30,000 acres) of the ranch. However, CNPS and a number of our partner organizations did not sign the 2008 agreement, because we believe that 100 percent of Tejon Ranch should be conserved. Here’s why:

The destruction of 30,000 acres of habitat in the three proposed development areas would result in massive impacts to native plants and animals. At the completion of development, these areas would contain more than 34,000 single family residences, increasing the regional population by more than 100,000 people. The integrity of Tejon Ranch would be reduced and migrational corridors for rare and common species alike would be severed.

Two of the proposed developments, Grapevine and Tejon Mountain Village, are located in Kern County and have received permits for development. The third project, the Centennial Specific Plan, is located in Los Angeles County and is currently under review by the County Planning Commission. (CNPS submitted comments on the Draft Environmental Impact Statement in January 2018.) Centennial is billed as a “new town” with more than 19,000 residences and 10.2 million square feet of commercial development. It is located at the junction of the Antelope Valley, Tehachapi Mountains, and the Liebre Mountains. Right now, we have an opportunity to stop the Centennial development as it goes to a vote with the LA County Regional Planning Commission on June 6. If it passes with the commission, the plan will move on to a vote with the LA County Board of Supervisors at a later date.

What do we stand to lose if Centennial gets the green light?

Other problems to expect with Centennial

Your help is needed now

Wherever you live in California, your actions over the next few weeks can help us stop Centennial. Here’s how: 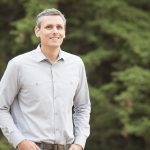