Today, roughly 190 nations agreed to protect 30% of the world’s lands and oceans by 2030 at the United Nations’ 15th Convention on Biological Diversity (COP15) in Montreal. The scale of the agreement represents an unprecedented global commitment to conservation and is reported to include important new language concerning Indigenous rights.

We are in a critical moment for native plants, for California, and for global society. Last week, CNPS had the privilege of participating in California’s extended delegation to the United Nations’ COP15.

Why was CNPS in Montreal? California is one of 36 global biodiversity hotspots, and plants make up the greatest share of the species only found here. California is also ahead of much of the world in implementing ambitious and durable protections for nature and biodiversity, and CNPS actively supports these efforts through science, education, and advocacy. In 2021, CNPS joined a coalition of state officials, legislators, and other non-governmental organizations (NGOs) called the California Global Biodiversity Working Group to help advocate for a stronger global framework for protecting nature and biodiversity.

Read on to find out what we’ve been learning and why California’s role in Montreal was especially important. We also included some suggestions at the end of this update with specific actions that each of us can take to protect California’s native plant biodiversity and habitats as part of our global community.

The 15th Conference of the Parties of the Convention on Biological Diversity (COP15) is a treaty negotiation concerning the international community’s commitments to conserve global biodiversity. Representatives from 196 governments weighed multiple targets including conservation, stopping extinction, pesticide use, restoration, invasive species, global subsidies, and plastics pollution.

The international goal to protect 30% of Earth’s lands and waters by 2030 (“30×30”) was a major focus of participants like California, who pushed for the framework to include specific and measurable actions toward that protection at both the global and national level. It’s important to note that the 30% goal is a critical step toward more ambitious protection. Last year, delegates to World Conservation Conference of the International Union for Conservation of Nature passed a motion recognizing that a minimum of 30% and as much as 70% of the Earth’s lands and waters must be protected to safeguard biodiversity and stabilize the planet’s climate. Inspired by the work of ecologist E.O. Wilson’s Half-Earth theory, conservationists hope that with 50% protection, we can save 80% of biodiversity.

This year’s meeting marked a pivotal moment for the natural world. Today, 1 million species are at risk of extinction, and wild vertebrate populations have dropped 69% since 1970, due in large part to habitat loss. Here in California, we have the highest concentration of imperiled species in the U.S. Urgent action is needed – both globally and locally.

The scientists underlined to us that this is our last chance to act. Unfortunately, we have no planet B.
-Elizabeth Maruma Mrema

In parallel with COP15, Montreal hosted the 7th Summit for Subnational Governments and Cities, which amplified existing local strategies for protecting nature and biodiversity. As with COP15, California’s leadership and voice were visible and resonant at the Summit.

California—the first and only U.S. state to be an official observer at COP15—showed leadership at a time when the federal government’s presence is limited. Last week, the White House issued a strong statement reflecting the Biden administration’s commitment to action. However, the U.S. cannot participate as a voting member in negotiations because it did not ratify the Convention on Biological Diversity (CBD) in 1993. The United States is the only major nation to not be a party to the CBD.

Together, more than 50 California leaders and advocates traveled to Montreal with the following messages:

Today’s sweeping agreement is a major milestone for biodiversity, even as more specific implementation strategies and resources will be required to see it through. International consensus is elusive, and past efforts to reach biodiversity agreements have failed.

Secretary Crowfoot wrapped up his time in Montreal by emphasizing the need for subnational governments to stay the course on behalf of 30×30. “Our governments are on the ground w/ the authorities & resources to make a difference,” he tweeted.

CNPS has been proud to be the voice for California’s native plants on a global stage, which helps build support for what we care about most here at home. California’s native plants are part of our state’s remarkable beauty and heritage. We are home to the world’s oldest and tallest trees, superblooms that can be seen from space, and oak woodlands that support thousands of other species. We have so much to celebrate but also much to lose.

Today, California hangs in the balance. Many people feel they must make impossible choices between housing, renewable energy development, and irreplaceable habitats.

But these are false choices. The preservation of biodiversity and climate resilience goes hand in hand, and each of us can make a difference. Here are a few places to begin today: 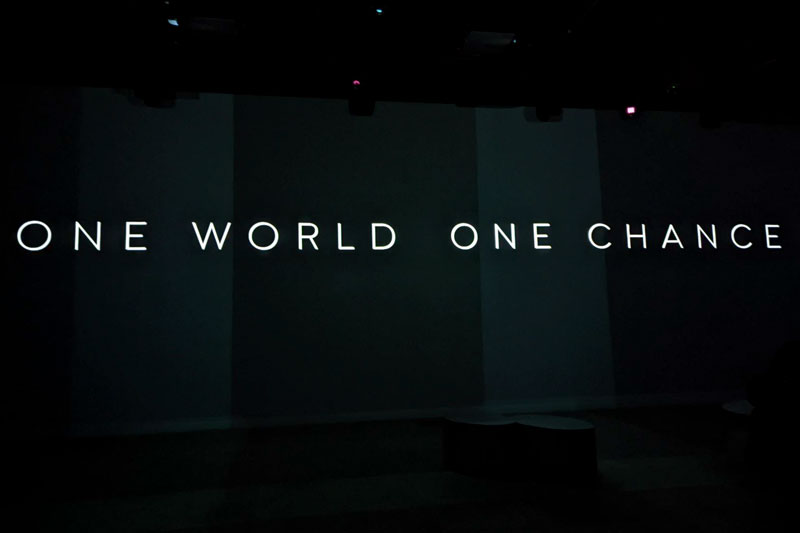