As a graduate student at California Botanic Garden, I have devoted much of the past two years to understanding the unique plant diversity of a little-known corner of the California desert called Conglomerate Mesa. Here, narrow endemics like the Inyo rockdaisy (Perityle inyoensis) abound, but are nearly impossible to find just a few miles away. A surprisingly large number of rare plant species, like the diminutive Badger Flat threadplant (Nemacladus inyoensis) and the robust Shockley’s prickleleaf (Hecastocleis shockleyi), have long thrived in this extreme desert environment. Today, their habitat is threatened.

I came to Conglomerate Mesa to research its unique desert flora, but my love for the plants and desire to protect them has unexpectedly led me to study public lands policy.

I learned that this area is vulnerable to mining despite conservation designations meant to protect unique cultural and natural values.

Conglomerate Mesa is part of the National Conservation Lands of the California Desert and also contains an Area of Critical Environmental Concern. These federal lands are subject to a law established in 1800s — a time when the prevailing view was that the arid lands that couldn’t be farmed by settlers should be mined for profit. According to Earthworks, The General Mining Act of 1872 is still interpreted to mean that hardrock mining is the “highest and best use” of certain federal lands.

Right now, K2 Gold (and its subsidiary “Mojave Precious Metals”), an international mining company, is pursuing the mining of gold and other minerals found deep beneath the surface of Conglomerate Mesa. According to K2 Gold’s website, they will begin drilling exploration wells between late August and early September. Their permit requires them to transport heavy equipment by helicopter in order to limit excessive impacts to this roadless and ecologically intact landscape, but K2 Gold wants more. They are seeking permission from the Bureau of Land Management (BLM) to build a road to allow for more extensive drilling. These activities could pave the way for an industrial-scale mine.

California’s unique desert habitats are increasingly threatened by land-use and climate change. Intact landscapes like Conglomerate Mesa deserve our protection and should not be sacrificed for short-term economic gain. BLM’s permitting process will include a public comment period this fall. To keep informed, sign up to receive CNPS emails and action alerts and be sure to check out the latest from our partners at Friends of the Inyo, who are carefully monitoring the situation as it unfolds.  See the links below to learn more about what is at stake and how you can help.

This overview by Friends of the Inyo asks us to do three things:

Learn about the 1872 Mining Act and the 1872 mining law reform requirements. 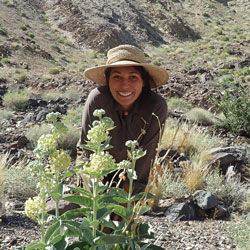 Maria is graduate student in the Botany at California Botanic Garden/Claremont Graduate University where she is completing a flora of the southern Inyo Mountains. Thanks to a chance encounter with a plant identification course during her undergraduate English studies, Maria abandoned plans to become a librarian and found her way to field botany. She has since completed several field seasons monitoring plants in the Chihuahuan Desert, Sonoran Desert, Southern Plains, Southern Cascades, and the Great Basin. Most recently, she managed a multi-agency vegetation monitoring program aimed at informing adaptive management of public lands. Maria is a Switzer Fellow (2019) and is passionate about advancing native plant conservation in California.

Support the next generation of California’s native plant stewards. Donate to the CNPS student fund today. 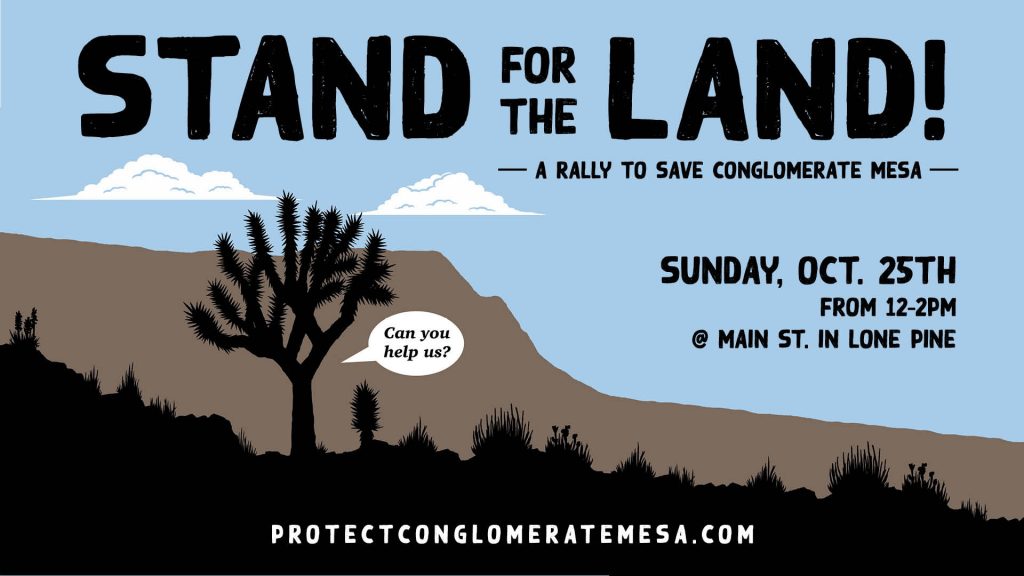