More than meets the eye

California’s deserts are home to the iconic Joshua tree, jaw-dropping superblooms, and important habitat like microphyll woodlands. Yet a handful of commercial interests want to position the desert as a barren wasteland, one we can afford to sacrifice to private industry.

Today, a number of factors threaten California’s desert lands, including:

A desert plan now under attack

Since 2016, the Desert Renewable Energy Conservation Plan (DRECP) has been a success story in collaborative regional planning, an example of what can be accomplished when conservationists, scientists, government, and industry work together.  Now, the Trump administration has asked the Bureau of Land Management (BLM) to reopen the plan, jeopardizing 6 million acres of vital conservation lands.

CNPS played an active role in the development of the DRECP and now has joined a coalition of organizations working to protect hard-won conservation gains established in the plan. And while we’re at it, we’re working to secure additional protections for microphyll woodlands and other important areas of concern. Explore our desert content below to learn more. 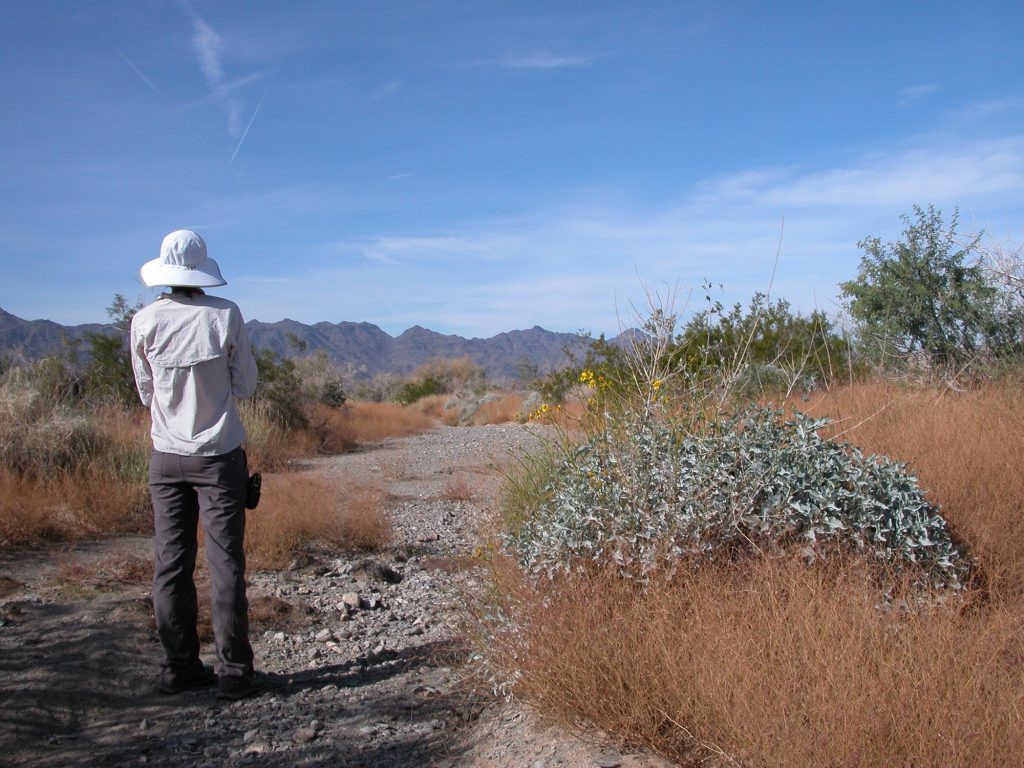 Microphyll woodlands are an important focus of CNPS desert conservation. Learn why in this one-minute video. Please share!

Here’s what you need to know about the groundbreaking desert plan and what you can do to help keep it in tact.

Damage from illegal off-highway vehicle use is outpacing California’s ability to regulate it and repair fragile ecosystems, but a new CNPS-supported bill is helping.

Places like Antelope Valley are scenes of epic wildflower displays. See how the CNPS Important Plant Area Initiative is working to protect them.